The first major athletic event in Cyclone Stadium was the Arkansas High School Girls State Pentathlon in May 1982. Russellville’s own Belinda Abernathy was the winner of this event. Cyclone Stadium has been the site of numerous football games, conference, and state championship track and field meets, high school soccer, and the Meet of Champs. In addition, two NAIA National boys’ cross country and track teams became the first high school in Arkansas to take the Triple Crown by winning State Championships in cross country, indoor track and outdoor track and field. In 2008, Cyclone track was named “Don Carnahan Track” in honor of the longtime football, cross country, and track and field coach.

Football was first played at Cyclone Stadium 1983 when RHS defeated Van Buren 35-0. The junior high did not play at Cyclone Stadium until the middle of the 1986 season when a storm-damaged visitors’ stands at Bailey Field. There have been numerous changes to the stadium. Construction of the premier track and field/football field combination of the day began in1996, the construction of Cyclone Hill by the Football Booster Club in 1997, the building of the current field house by football boosters in 2000, new ticket booths and the exterior fence in 2007, and artificial turf in 2010. A new scoreboard was installed in 2013, and a shot and discus area with lighting along with a new pole vault area was constructed in 2014. 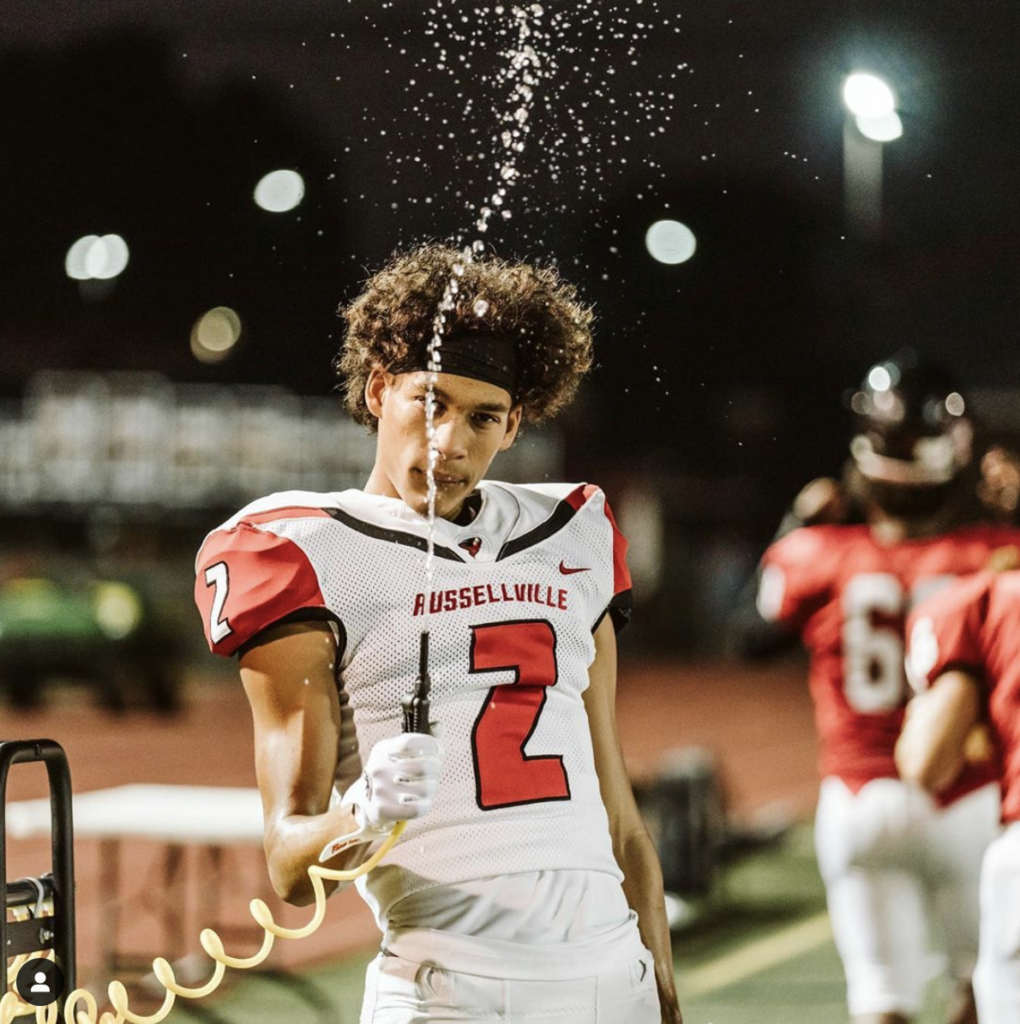 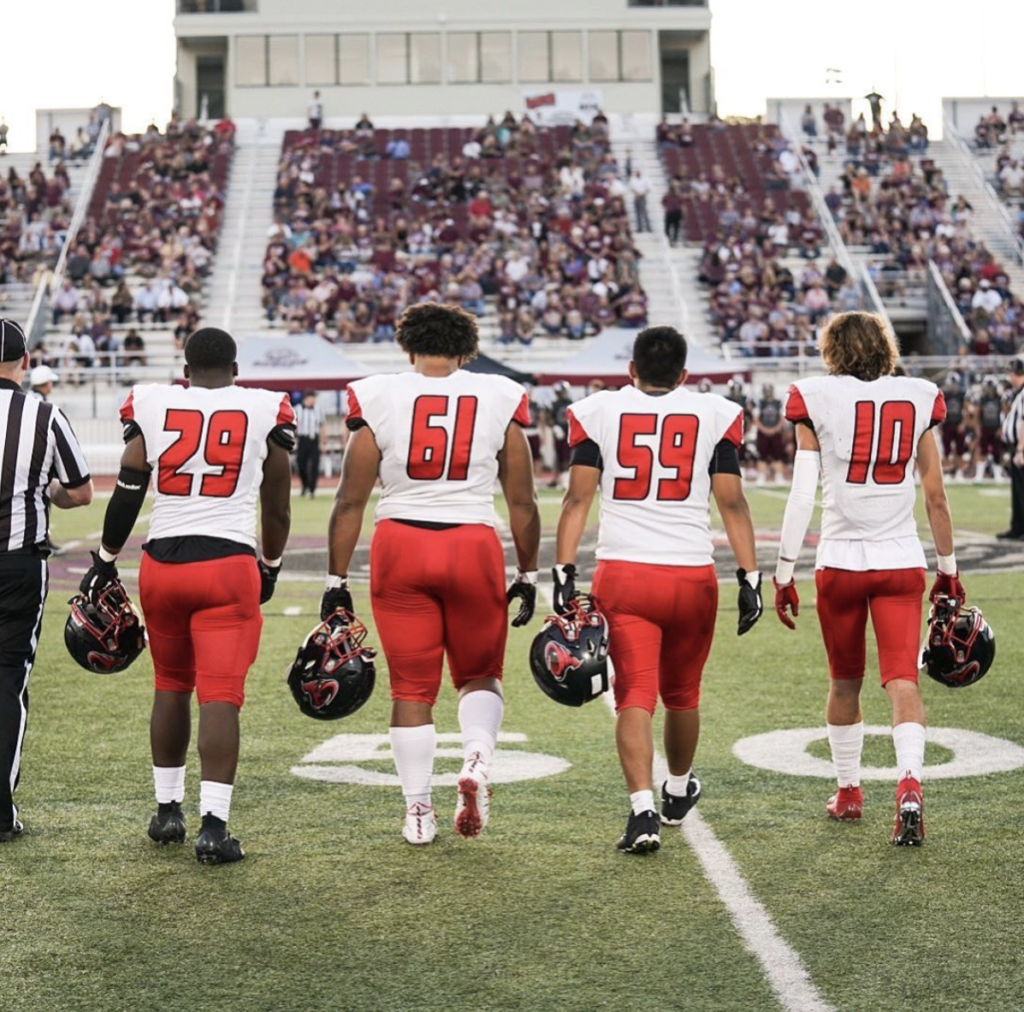 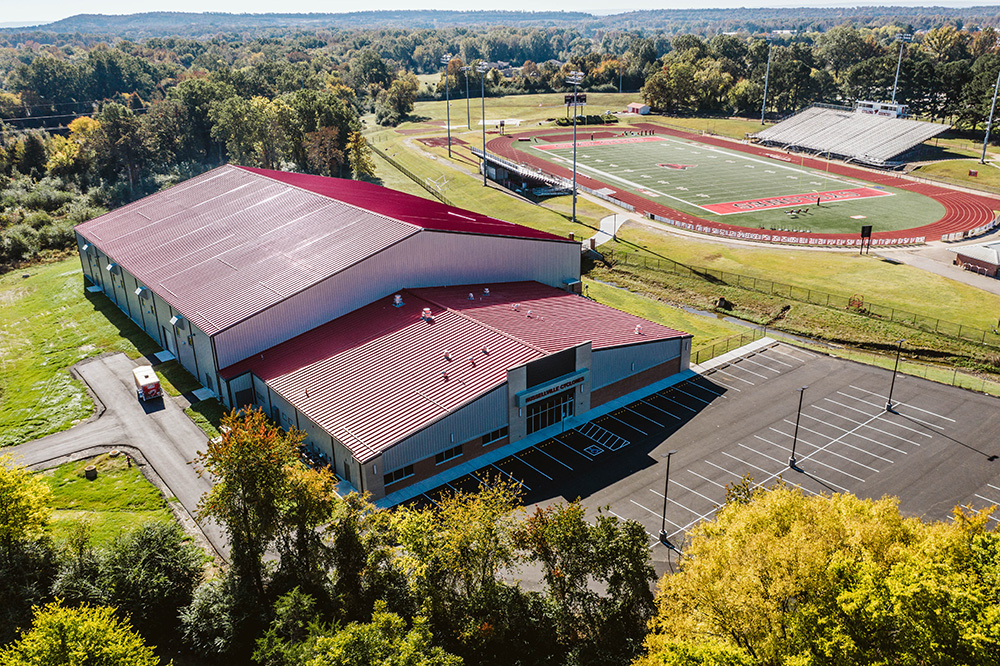 The Russellville School District’s Multi-Purpose facility serves a number of different sports that include football, soccer, and track and field. It includes an artificial turf training area, weight room, locker rooms, coaches offices, medical training rooms, designated meeting rooms, dual filming platforms, and a player’s lounge. It is a prefabricated metal building that boasts 55,000 square feet to the northeast of Cyclone Stadium. The space was previously an empty lot, but now serves as an integral part of the Russellville School District. The facility has articles of landscaping wrapped around it that you will find all across the Arkansas River Valley.

The size of the Multi-Purpose Facility turf area allows for a 50-yard field with an endzone, a track and field training area that includes six running lanes and a pole vault lane with a landing pad.

Russellville High School played its inaugural football game in 1906. The “Athletics” as they were first known were victorious at Morrilton, 7-0. RHS tied their first-ever home game the next week in a return contest with Morrilton, 2-2.